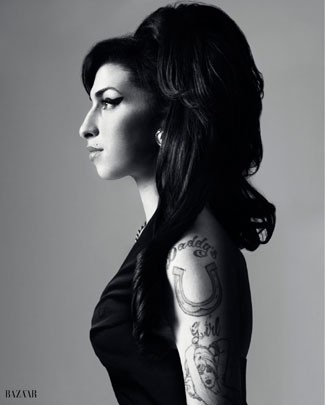 Sorry, folks, but not everything bad that happens in the world is the fault of the Illuminati, the government, the ‘Man’, or anything else. Sometimes, its the fault of those who care to little about themselves to think about taking care of themselves. No coven or secret societies caused the destruction of such a talented young woman. She allowed drugs to tear her down. No other negative assistance was necessary.

Amy before and after her drug abuse

Well, in the famous words of fellow celebrity crackhead Whitney Houston, ‘Crack is WHACK!’, so let’s remember Amy as we met her.

I can’t say I didn’t see it coming, just didn’t expect it to happen so soon, and to someone flying so low under the radar.
For those that don’t even know who this is, you’re probably wondering why ‘MC’ is in front of his stage name’ Eyedea’ (Idea). Don’t get it twisted, this white boy from Minnesota is a lyrical genius that knew too much, way before his time.
Check out his flow.
This dude was on FYIAH!!!!!
Now, other than paying respects to someone truely passionate about their love for their art, I wanted you to see why Eyedea would appear on my blog.
I mean, he was no joke. According to Wikipedia, he won top prizes at Scribble Jam ‘99, the Rock Steady Anniversary 2000, and Blaze Battle Chicago 2000, however, was best known for his victory at the Blaze Battle, which was aired on HBO, showing some of the best underground battlers in action.In 2001, he released First Born with his partner DJ Abilities (collectively, they were initially called the Sixth Sense, but they are now known as Eyedea & Abilities). In 2002, under his pen name “Oliver Hart”, he released the self-produced The Many Faces of Oliver Hart. In 2004, he and Abilities reunited to release the self-titled album E&A (released March 23, 2004). Just reading the titles of his discology, you would think he was strumming a guitar on a street corner or slam dancing in an underground bar. This guy was DEEP. Check out the lyrics to the song ‘Glass’ on his album E&A:

I’m gonna run from the voice of reason till it turns to laughter.
Against the masquerade like I don’t believe in the morning after
The chronicles contain a few hidden chapter
We keep our mirrors dirty, incase vanity backfires
A cold grin curtains hunger pains and eagernes
In one throw you could expose all of my weaknesses I’m putty in your hand
Kept my waves of burning sand
Until you learn to look through a window no one else can
Poverty
Charity
Clarity
Honesty
Excitement
Class
Falsely accused
misconstrued
Anger
Sorrow
Happy
Machinery
Decision
Collision
Instant gratification
Thinking about you
Programmed to destruct
Obsticile
What don’t kill me will just make me crazier
I’m so filthy; sorry you had to see me like this
I sold you a lie, that showed through my eyes
And told you to cry a stained glass suicide
They slowly chisel down the walls we all hide behind It’s only time before your secrets become weekend headlines
But I’ll be fine, suffocnly time before your secrets become weekend headlines
But I’ll be fine, suffocating on my own mask I just wish I could forget h cracks
Perceptive
Unethical
Digested
tunnel vision
Methedone
Real diamond cut tested
Resurrected and perfected
By well respected professionals
Head doctor
Head hunter
Scratch your surface
Lost somewhere
Accepted vulnerability
Transparent
Open for courtesy
Notice me
Your living in a world made of windows and mirror
Lucid safeguards cover crystallized tears
In and out different images same fear
One day it’s going to shatter right here
I’m living in a world made of windows and mirror
Lucid safeguards cover crystallized tear
In and out different images same fear
One day it’s all gonna shatter, and I hope your right here..
See through my anxieties and insecurities
Rip out my inside
Put them on display encaged
Enraged and break the bottle that Ive
Become I run I jump I throw completely
Shattered fractured captured
Glad I had the chance to be so helples
See through my Four-cornered window pain so plain and simple
Brain is crippled walking through a maze
When did I decide to be an object of reflection
Crucified for all my imperfection I answered every question
Peeling the tint off my confession
Please close your eyes
If we can
Death to pride
Let’s begin, im glass and
Every things a dream
And I don’t miss a thing
Broken mirrors don’t bring back love
They cherish image How do I look any given day
You can kill me, if you rebuild me
You won’t, she won’t, he won’t
I gotta do it all alone again good bye
You fled, no one ever said there was any piece came out of my head
I’m dead, everybody lies and plays in time before they’re born again
Wipe my slate clean I want to skate upon your pretty reddish skin
Holler matrimony mope she broke and now we know enough about each other every shattered
So much embedded information. So much passion. So much hurt. So much talent.
It’s so sad he’s gone, but hopefully those that are AWAKE and know the meaning behind his words will spread the light he himself was unable to find.
But hey, THAT’S JUST MY OPINION.

Posted by buttaflyytulsa on October 20, 2010 in Industry, RIP, Uncategorized