Seeing that Breezy is such a HUGE fan of MJ, I could totally understand the point of the gift, but what caught more of my attention were the topics discussed in this issue of Rolling Stone. Let’s break it down.
First, we have the title of the cover story, ‘Why does this eleven year old stay up past hid bedtime?’ Interesting, since the very thing that killed the King of Pop was an aid to help him sleep. Seems to me like the man NEVER got any sleep! Not even in his childhood. SMH.
Next, we have the sub-topic of the cover story, ‘Michael Jackson and his 6 gold records’. I’m sorry, but wasn’t he still with his brothers, the REST of the Jackson 5, at the time? So, why say ‘his six gold records’? Guess they already knew without him, the rest of the group was nothing.
Lastly, I wanted to look at the other hot topic of this issue. ‘The Murder of Ruben Salazar’. I’m sure most people would have disregarded this headline, but the Google in me wouldn’t let it go until I knew who this person was. According to Wikipedia, Ruben Salazar was a Mexican American journalist killed by a Los Angeles County Sheriff’s Deputy during the National Chicano Moratorium March against the Vietnam War on August 29, 1970 in East Los Angeles, Ca. During the 1970s, his killing was often cited as a symbol of unjust treatment of Chicanos by law enforcement. He was also the first Mexican-American journalist to cover the Chicano community from the mainstream media.
Notice anything? Ruben Salazar’s death day is August 29th, the same day as Michael’s birthday. Pretty creepy, huh? Why would Rolling Stone discuss the one year death anniversary for someone who was killed on the birthday of the cover story artist in an issue 4 months before the actual anniversary date? That’s right, folks, this isn’t the August 29th issue, it’s the April 29th issue. Wonder what the connection is?
Seeing this got me thinking, what other random negative/deadly clues have been thrown into MJ’s other RS covers? So I decided to look them all up, and share my findings with you. Check them out!! 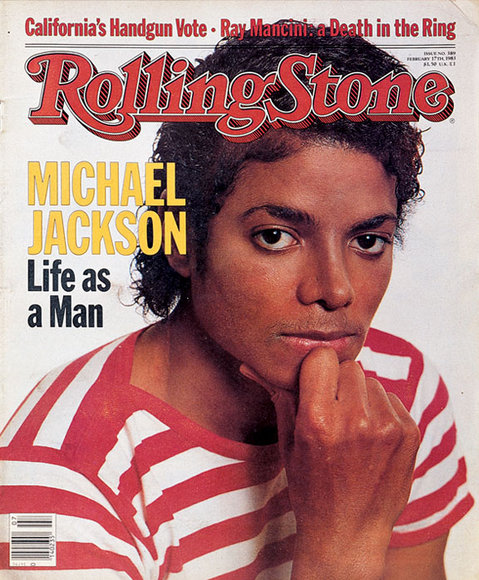 Ok, this one is talking about handgun votes, and the tragic, yet, accidental death of boxer Duk Koo Kim at the hands of Ray “Boom Boom” Mancini, which would forever change the world of professional boxing, and drive Kim’s mother and the ref of the fight to suicide. And, I also thought it was funny how this is his ‘life as a man’, and this is almost as much facial hair we EVER saw on the man! 😉

I don’t think I need to say much about this one. I mean, they have him in ‘gray’ face, and the main sub-topic is how MTV was used to ‘sell out’ rock & roll. 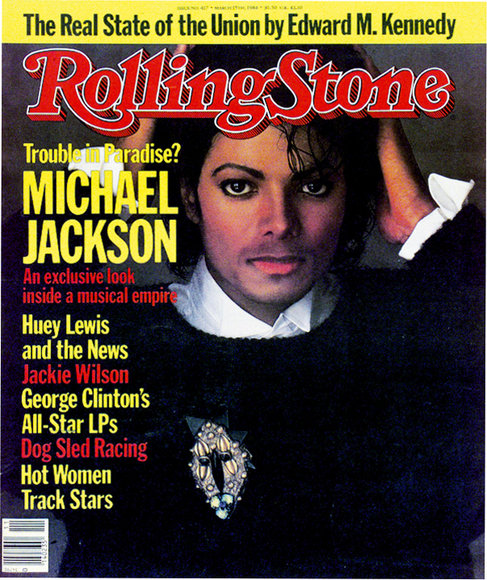 Looks like a bamphomet hovering over his heart if you ask me. 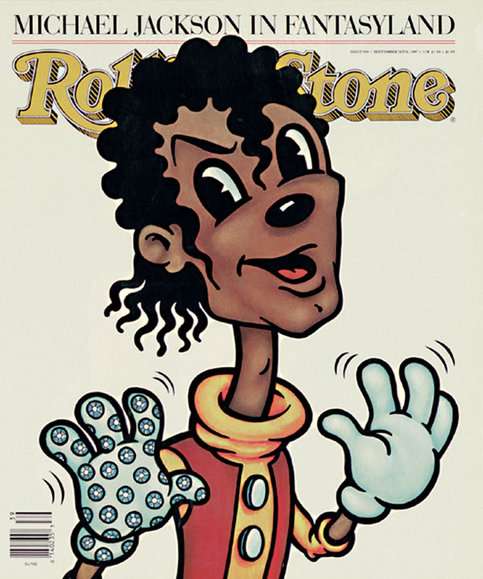 Hmmm…I think I’ll just sit back and let you guys figure this one out.

The title of the cover story for this issue is ‘The Making of the King of Pop’. It’s interesting because looking at him here and back through the previous covers, we can totally see how he was being ‘made’ into whatever they wanted him to be. Not to mention they are bringing up the death of Freddie Mercury, the lead singer for Queen, who died November 24th, 1991, yet this issue is dated January 9th, 1992. Guess with all of the hustle and bustle of the holidays, they didn’t have time to get to it until then. **shrugs** 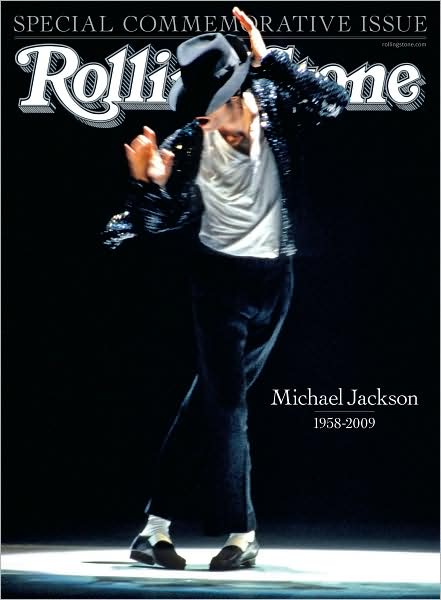 Guess they didn’t have to mention anyone else’s death on this issue, since it was HIS commemorative issue. 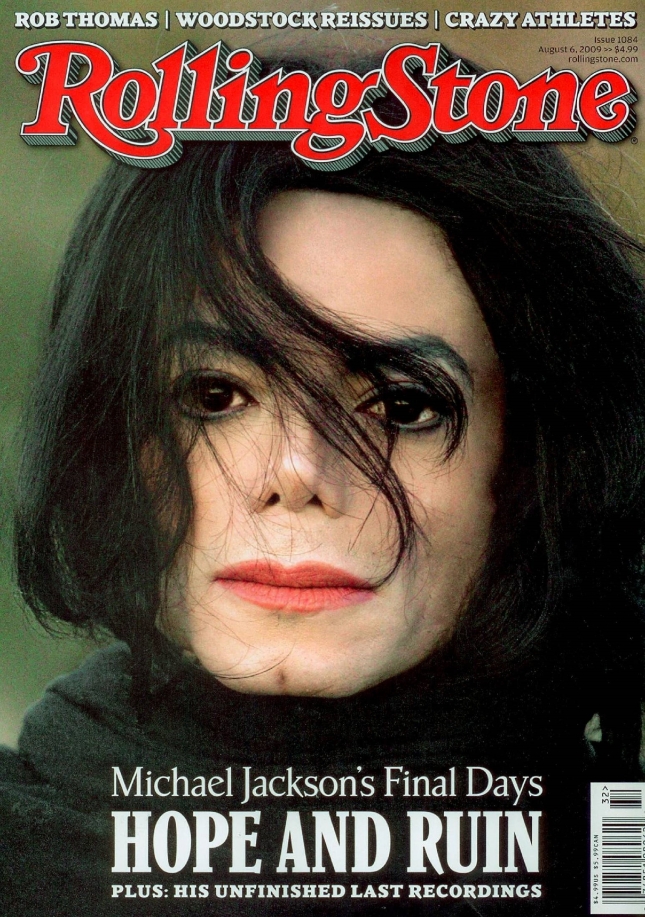 But, hey, THAT’S MY OPINION.

They watched their father die…

In light of the recent testimonies presented at the Michael Jackson Death Trial, it has come to the world’s attention both of the eldest Jackson children were not only present at the time of his death, but they actually saw him dying and the frantic doctor trying to cover up what he had done! What a horrific moment in these poor children’s lives. Here are portions of Alberto Alvarez’s testimony as he was present on the scene. Read the full story on CNN.com:

Alvarez described how Jackson’s two oldest children, Prince and Paris, walked toward their father who was lying still on a bed with his eyes and mouth open, facing toward them.

“Paris screamed out ‘Daddy!'” and she started crying, Alvarez said.

“Dr. Conrad Murray said ‘Don’t let them see their dad like this,” Alvarez said. “I turned to the children and I told them ‘Kids, don’t worry, everything’s going to be OK.”

Security chief Fahreem Muhammad also gave his account of the condition of the Jackson children upon his arrival to the scene:

Security chief Fahreem Muhammad, who followed Alvarez upstairs, described seeing Jackson on a bed with his eyes open and his mouth “slightly opened” as Murray tried to revive him.

“Did he appear to be dead?” Walgren asked.

“Paris was on the ground, balled up, crying. And Prince, he was standing there, he just had a real shocked, you know, slowly crying, type of shocked look on his face,” he said.

Those who follow this blog regularly, I’m sure your ‘Spidie Senses’ are tingling as much as mine were when I read the article. For those a little confused as to why this is more important than the obvious, I’ll explain:

In the dark world of Mind Control, the victim’s mind must first be broken. What’s a pretty effective way to fracture a person’s mind? Post traumatic stress. And what’s the best way to cause this in a child? Make them watch the one person they trusted and loved more than anything in the world die. This is a common practice. For example, a handler will give their victims a Teddy Bears to make them develop an emotional attachment to them during their tortures and abuse. This attachment is then exploited by the handlers to create emotional trauma.

It is so sad to see how these poor children have been sacrificed to the Industry that killed their father. They are fully primed and ready for control.

But, hey, THAT’S MY OPINION.