RSS
← If I Was President…of Haiti?
Another one bites the dust… →

The many faces of Trey Songz

At the request of my fellow Truth Hunter, LEAH, I have posted my thoughts on Trey Songz. 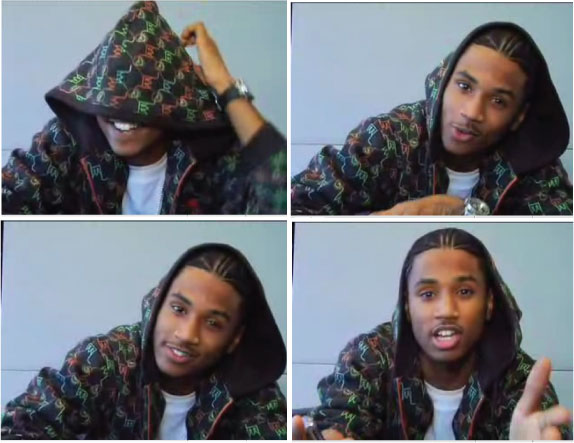 I’ve never been much of a fan of Tremaine Aldon Neverson. He always came across as cocky and arrogant, and I got the ever so present ‘How you doin’?’ vibe from him. 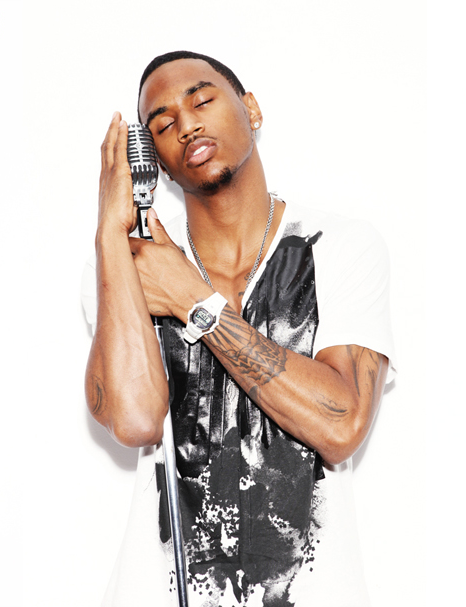 Something just always seemed off. And everything became all too clear to me once I caught a half a piece of an episode of his sad excuse an a reality TV show titled Trey Songz: My Moment.

Trust me, you didn't miss anything

Man, when I tell you this show was horrible, I mean it was HORRIBLE! But, instead of me trying to explain to you just how bad this reality show actually was, I’ll let you find out for yourself when you see Trey’s reaction to hearing about how poorly his show was received by the public.

How many different emotions could you count Trey going through during this interview?

It could be possible the DJ was digging a little hard at poor Trey, but he was so involved in signing autographs on posters of himself, he didn’t even really pay attention to what was being said to him. It’s like, really, dude? You couldn’t wait until after the interview to take 2 minutes to sign the posters? Were there really throngs of adoring fans clambering at the walls, doors, and windows to get the final missing piece to complete their Songz Shrine buried deep in their closet? Is ANOTHER signed poster of you really that friggin’ important to the world? 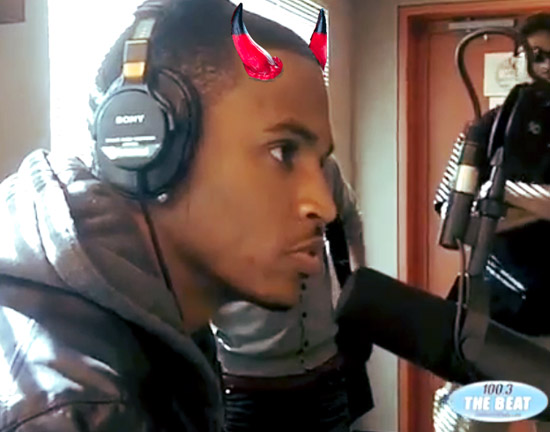 'You didn't like my show? Did you just say that out loud?!'

But when you pay attention to who he has decided to surround himself with, you understand where this sudden SUPREMACY complex comes into play.

The Jay-Beyta Reich taking over the White House 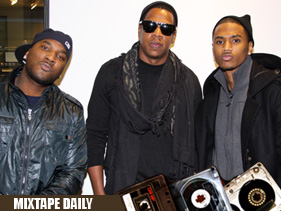 Was it worth it, Trey?

You bargained and SOULd your most precious commodity...and for what?

Other than an ego the size of Saturn, it seems Trey Songz is starting to suffer from other side effects that tend to blind those in the Programming Phase of their Training.

From what I’m starting to notice in his recent videos, the pattern of alter egos and chaotic situations fracturing his personality. I first noticed this with his ‘Bottoms Up’ video with another mindless Illuppett, Nicki Minaj.

This video has so much beta ‘Sex Kitten’ programming symbolism in it, it’s not even funny anymore. I’m sure the airwaves of your city have been well saturated with this song, so I will spare you the pain of hearing it once more. However, I do want you to view another video which seems to continue with the ‘fracturing’ theme. Below is the video to the beautiful song ‘Can’t Be Just Friends’. Now, I could totally be reaching, but this song speaks to me about his heartbreak from falling in love with the Industry. It’s almost like Trey’s at a crossroads and must choose to dine with the Devil, or cut him off completely. What does this song say to you? Also, pay attention to the imagery of this video. Half of it looks like something from Silent Hill.

Whew…had to sip some cold water on that one! Not because of him so much as the song is crazy melodic and addictive. Hmmm…sounds like the plan and concept. Bummer, hoodwinked again!

Anyway, did you all see all of that random schizophrenic psycho mess weaving it’s way around the entire video? In case you missed it, here’s a screen shot of the many faces of Trey Songz: 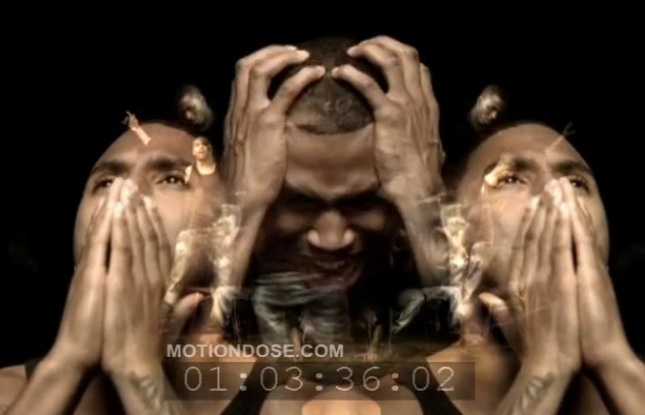 Why so many different emotions, Trey? Sounds like a personal problem to me.

All I can say is even though I’m not a fan at all of this man, he does need our prayers because it looks like he volunteered for the Illuppet Training Program to try to keep his career on track (since Chris Brown let him barrow the fans for a little bit while he got his thoughts together 🙂 ). But, dang, Trey, you’re going about it all the wrong way!

I swear his silhouette looks like a Baphomet next to a sea of 'Roc' hands.

You're rolling with the wrong crowd, man.

Like I stated before, hopefully someone will reach out t Trey before it’s too late.

← If I Was President…of Haiti?
Another one bites the dust… →

40 responses to “The many faces of Trey Songz”